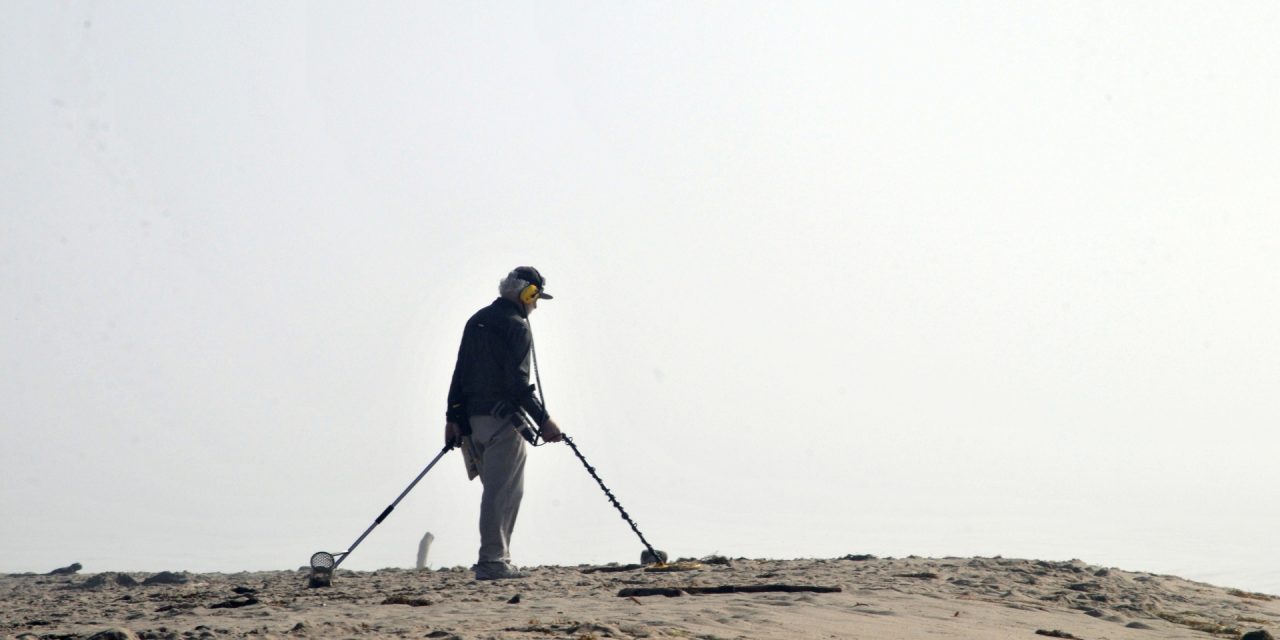 Metal detecting has been around for many years, but it has become more prevalent in recent years. People just love digging up the past, which is why I have started this article with a little bit of historical information on metal detectors.

The first metal detector was invented In 1874, by a Parisian inventor called Gustave Trouvé. He developed a hand-held metal detector that was used to locate bullets inside his patients in order to extract them.

Trouvé became an inspiration to others, including the great Alexander Bell. Bell developed a similar device in 1881 in an attempt to locate a bullet that was lodged in the chest of an American President by the name of James Garfield.

The metal detector bell built worked as it should, but they didn’t account for the springs inside the mattress that Garfield was laying on which gave an inaccurate reading and the attempt to locate the bullet was unsuccessful.

Modern-day metal detectors have evolved over the years and now have newer and better technology. Including computerisation using integrated circuit technology allowing the user to set;

Newer detectors now have the ability to store each of these parameters in its memory for future use. Modern-day metal detectors are also a lot lighter than their counterparts, they have greater depth ability, and they also use a lot less battery power.

Some of the more expensive metal detectors on the market have built-in wireless technologies for the earphones. Wi-Fi and Bluetooth, GPS locator technology to help you keep track of searched locations and some can even connect to a smartphone.

There are people in the hobby who don’t care where they detect and will detect without permission. This is a big no-no in the hobby, and you should never detect on any land without seeking permission first.  All land belongs to someone, you must find out who owns it and ask them for permission before even thinking of detecting it.

There are some exceptions to the permission rules and beaches are included. There are lots of beaches where you can go and detect without seeking permission. However, some are privately owned, and can’t be detected on without consent so you would need to check first.

Have a contract drawn up

Once you have been given permission from the landowner, you should put the agreement in writing and have it signed by them. Remember the landowner has only given you permission to detect the land, anything you find on that land still belongs to them.

You will need to discuss what will happen to the items found on their land, it may be that the owner is happy for you to keep anything you find and it may also be that they want to keep the finds for themselves.

If you are serious about metal detecting, then your first port of call to gain some more in-depth and accurate knowledge should be NCMD. The NCMD is the National Council for Metal Detecting and membership to join costs around £8 per year, Membership includes;

It is worth joining the NCMD just for the insurance cover,

Buying your first metal detector can be an absolute minefield, and you can impulse buy quite easily without doing much research. My advice is to do some research, join some groups aimed at metal detecting and read reviews. See what people are saying about them before you commit and, please be wary about buying counterfeit versions that promise to do what the genuine one does, they won’t.

We all want a bargain, but as the old saying goes you buy cheap you buy twice! It can be tempting to go for a cheap metal detector, but the problem with buying cheap is they do not work, cheap metal detectors are essentially just a toy with a fancy label. If you want to find anything, then you absolutely have to buy a proper metal detector.

Personally, I think the best place to start when looking to purchase a detector is with Garrett.

My top recommendation when purchasing your first metal detector is to purchase one of the Garret Ace range. They are perfect entry-level detectors, and whether you are a complete newbie or have been in the hobby for some time, you can’t go wrong purchasing a Garret.

In comparison to other brands on the market, Garrett is not the cheapest around, but you are sure to find some pretty decent stuff while using one. If you can’t afford to buy one straight away, hold out and save up for one.

You can also pick up a second-hand metal detector at quite reasonable prices. Many people starting out in the hobby go for the entry-level detectors and almost always upgrade to a better one within the first 6-8 months when they are sure it’s something they really enjoy.

Something to bear in mind when purchasing a named brand metal detector like Garrett from new is that they tend to hold their value, which means you can make a lot of the initial cost back if you want to sell it on to upgrade to a better one.

Read the manual thoroughly; this will be your guide to learn what each of the settings is and what they each do. Manuals will differ from machine to machine, and the settings may be completely different on each device.

A good way to measure your metal detectors capabilities is by the price you paid for it. Entry-level metal detectors tend to be cheaper and usually have preset settings which are built-in. In contrast, a more expensive machine will have preset and editable settings allowing you to add and store personal settings unique to you. So even if you have a metal detector already don’t assume you will know how to use a different model based on the one you have.

The most important thing to do when purchasing a metal detector, depending on what brand or level of machine you buy of course is to learn how to use it and the different sounds it makes . You will need to know what each of the settings does and the sounds associated with each particular setting.

I’ve seen lots of beginner metal detectorists get too excited, unbox it and take it straight out without learning how to use it first and then lose interest because they haven’t found anything but junk. In fact, I am guilty of doing the exact same thing when I first got mine, if you don’t learn how to use it, you will not know how to find things with it.

A great way to learn is to bury some metal items at varying depths and in various substrates test out your detector on each of these depths and substrates and take note of the different sounds. If you do this often enough, you will learn to hear the sounds for the different types of metals which will help you when you are out detecting for real.

There is a saying in the metal detecting world, and that’s Go slow and low, I’ve lost count of the times I’ve seen detectorists swinging their detector from side to side too far off the ground ever to find anything. When detecting, you need to keep your detector low to the ground and move it from side to side in a slow and controlled manner. Try to avoid swinging it; you want to keep the coil horizontal and level with the ground.

Metal detecting is a wonderful hobby that is enjoyed by many, not just for the historical finds but also for the health benefits too, including mental health and well being. Remember, when you detect you are representing everyone else in the hobby and not just yourself. Not following the rules can spoil it for others, always dig responsibly and try to fill in your holes as best you can when you finish. I’ve heard of farmers permanently revoking permissions because rules weren’t followed and holes weren’t filled in. 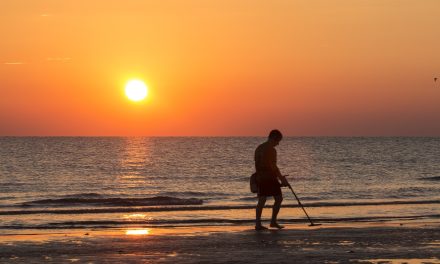 The amazing raglan castle. One of the best example

Opened the backdoor this morning to let the dogs o

Fountain in the gardens at St fagans castle.#stfag

New article up on the website about Blackpool Zoo

Glass of a different kind ☺️

Castles have the same affect on me as beachcombing

Bonfire glass is one of my favourite things to fin

Found this huge chunk of glass the other day at th

Huge stopper we found at the beach yesterday, sham

This stopper I found on the Jurassic coast, it was